These ten books demonstrate to kids the courage it takes to overcome adversity – even in the most trying situations. 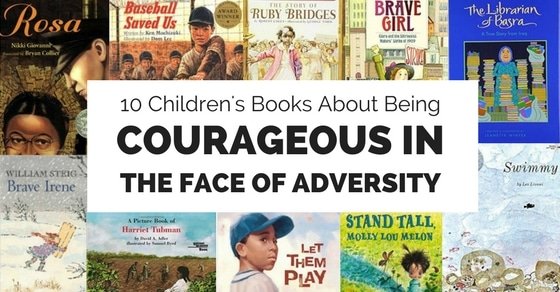 Courage is a tricky concept to teach kids. In fact, I wonder…is it even possible to teach children to be courageous?

What is possible, however, is to share our values with our kids. And courage is certainly one of those values. We can demonstrate courage to our kids in small ways – like doing what’s right even when it’s difficult or standing up for someone who isn’t being treated well.

Another way to share our values is through stories. Children soak up the messages shared in tales. And these messages are even more impressive and relatable when children are the central character.

The books listed below are a collection of inspiring tales.

One of my favorites on this list is the true story of Ruby Bridges who at a young age faced mobs of angry adults every morning for a year just for enrolling in an all-white school in the early 60s. Her poise and strength shine through in this historic tale.

There’s also Clara Lemlich who, as a young immigrant to America, makes a name for herself as she leads fellow workers to demand better working conditions.

Each of the tales on this list are not to be missed. And each will without a doubt demonstrate to kids why being courageous in the face of adversity is so important to create lasting positive change. 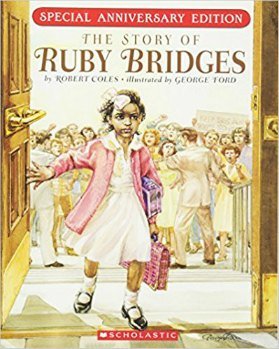 The Story of Ruby Bridges

Ruby Bridges, a young girl living in New Orleans in 1960, is one of the first African-American children sent to attend a formerly all-white school, William Frantz Elementary. On Ruby’s first day a large crowd of angry white people gather outside the elementary school holding signs saying they don’t want black people at their school. They also call Ruby names and some say they want to hurt her. Because of this, the President of the United States orders federal marshals to walk Ruby into school each morning. For months Ruby must walk through the crowd to enter a classroom where she is alone. The white people in the neighborhood would not send their children to school because Ruby is there. Despite the turmoil and solitude, Ruby’s teacher, Miss Hurley, is amazed by how relaxed and comfortable Ruby is each day. Finally, near the end of the school year, two white boys return to school and soon others come back to school as well. 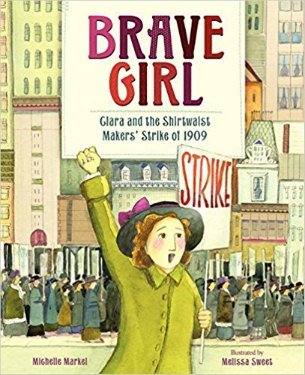 Brave Girl: Clara and the Shirtwaist Maker’s Strike of 1909

This is the story of Clara Lemlich, a young Jewish immigrant girl who is also a garment worker. Working under difficult and often unfair conditions, Clara begins to lead other girls and women to strike. Many of these girls – including Clara – are fired, beaten, and arrested but Clara doesn’t give up. Finally, at a large union meeting, Clara takes the stage and urges other garment workers to strike with her. For weeks they continue to picket until finally their bosses relent. The workers are given shorter workweeks and larger salaries. And it’s all because of Clara. 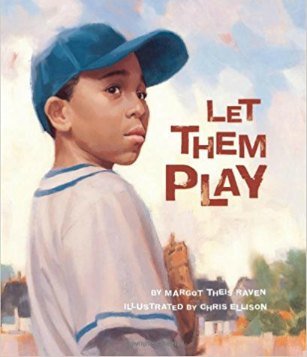 It’s the summer of 1955 and a group of African American boys in Charleston’s Upper Westside are eager to play baseball. Their parents raise enough money for them to form a Little League team and the boys call themselves the Cannon Street team. But as soon as their coaches register Cannon Street in the Little League, all the white South Carolina teams pull out making it impossible for the boys to compete. By default, Cannon Street becomes the state champions of the Little League but are not given permission to play in nationals since they didn’t compete. The team drives to Williamsport, PA where nationals are being played and are cheered on by the crowd who knows their story. This is a true story with a bitter-sweet ending that gets better in the epilogue. 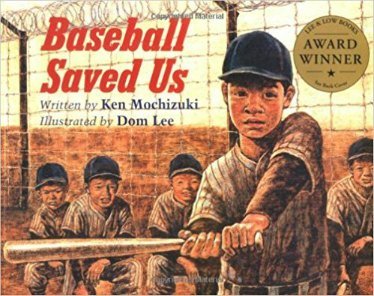 This is the story of a young Japanese American boy who, with his family, is sent to an internment camp during WWII. The camp is boring and kids and adults have little to do. Eventually, the adults decide to build a baseball diamond to keep their children occupied. Despite not being very good at baseball back home, the main character improves his game at the camp. When it’s time to return home, he again joins a baseball team – despite being the only Japanese American – and demonstrates how his game has improved while away. 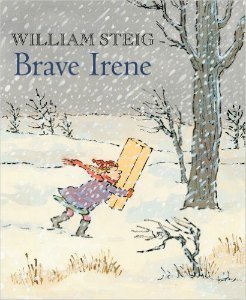 Irene is given the task to deliver a gown to the duchess. The only problem is that a fierce snowstorm is brewing and the wind howling. But Irene sets out on her mission anyway. Through great adversity, Irene finally makes it to the palace and is rewarded with a hot meal, amazement, kind words, and the satisfaction of having completed her mission. 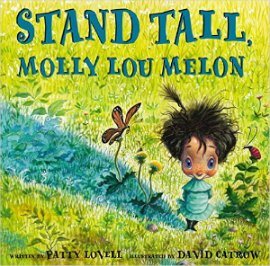 Molly Lou Melon is very short, has buck teeth and her voice sounds like a “bullfrog being squeezed by a boa constrictor”.  But with the encouragement of her grandmother, Molly Lou sees the benefit in each of these seemingly undesirable characteristics. Her confidence and willingness not to be defeated by other’s comments gets her through some challenging moments as she starts a new school. 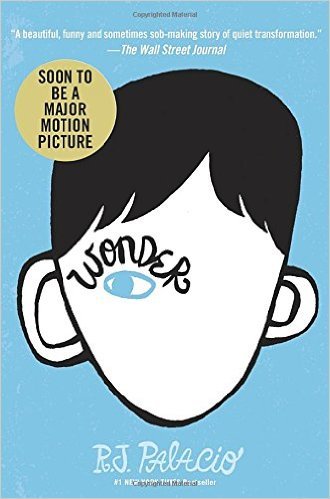 August (Auggie) Pullman is a 10-year-old boy born with a facial difference that prevented him from going to a mainstream school. Until now. This year Auggie will be entering 5th grade at Beecher Prep. Auggie’s really just a normal kid who likes Star Wars and Xbox, but can he convince his classmates he’s just like them despite his looks? 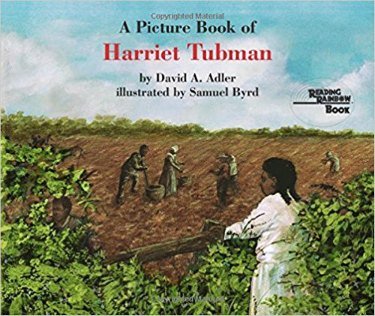 A Picture Book of Harriet Tubman

This book is a great way to introduce children to the inspiring story of Harriet Tubman. Through pictures and a story that is only slightly scary (at one point Harriet is whipped by her master and hit in the head by another), children can learn how Harriet risked her life many times over. Despite obtaining freedom, Harriet continued to cross the Mason Dixon line to free hundreds of other slaves as well as spy on the Confederate army during the civil war. Children will learn about our country’s history of slavery as well as be inspired by a remarkable woman. 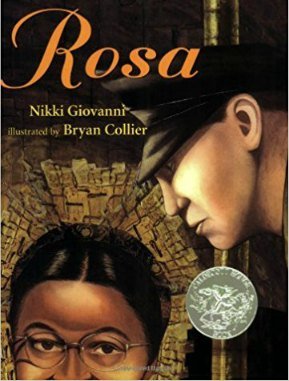 Rosa Parks is one of the most famous figures in American history. On December 1, 1955, in Montgomery, Alabama, Rosa refused to give up her bus seat to a white man and was arrested. What followed was a swelling of support for Rosa and a boycott of buses. Nearly a year later the Supreme Court to ruled that segregation on buses is illegal just like it is in schools. The last sentence of this book provides a great summary of the Rosa Parks story: “The integrity, the dignity, the quiet strength of Rosa Parks turned her no into a YES for change.” 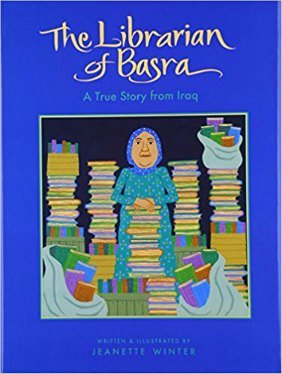 The Librarian of Basra

Alia Muhammad Baker is the librarian in Basra, Iraq just before the Desert Storm conflict begins. Knowing that war is on the horizon, Alia wants to move her precious books to safety, including a 700-year-old biography of Muhammad. The governor refuses so Alia takes measures into her own hands and hides the books at different places around the city. Nine days after the conflict in Basra begins the library burns to the ground. As the war wages on, Alia continues to do whatever she can to protect her books. 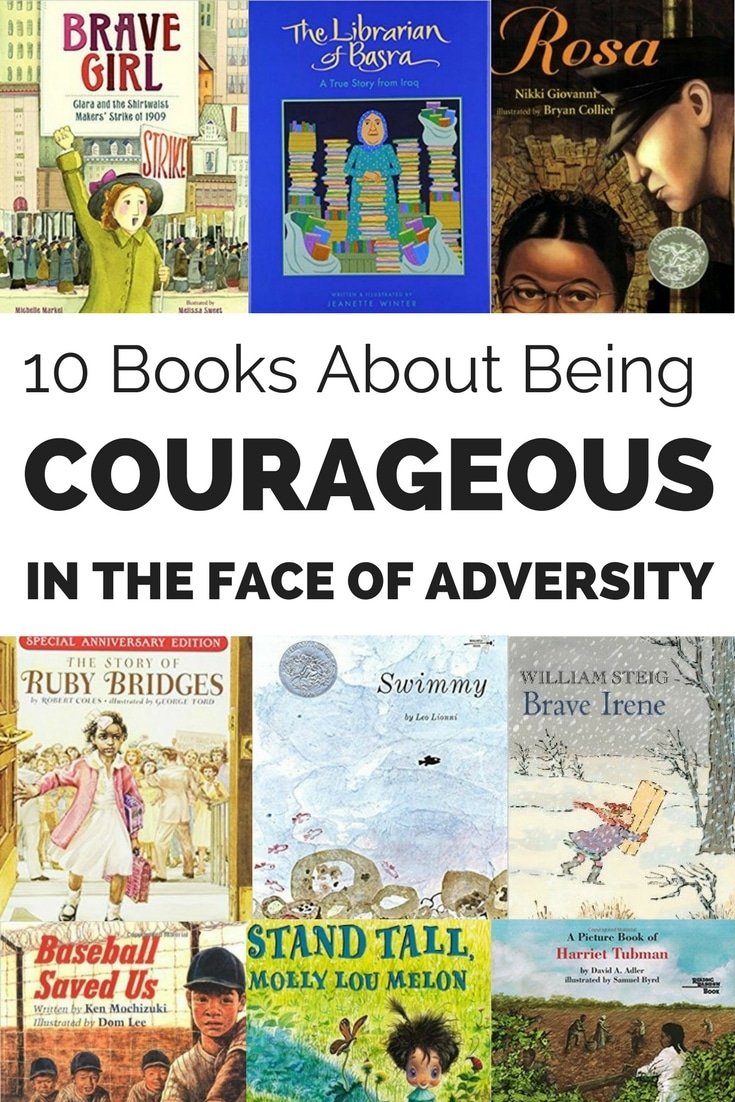 12 Children’s Books About How to Handle Strong Emotions