Children will better understand the diversity and uniqueness of other cultures with these nine books. 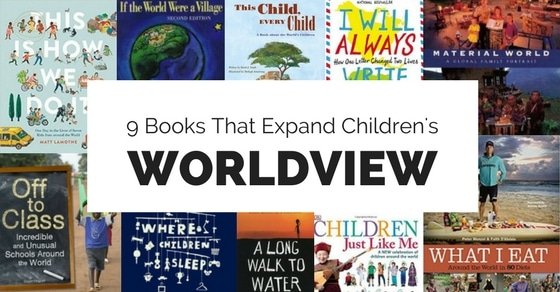 “Wow, I can’t believe he’s never owned a pair of shoes.” my daughter exclaimed as we listened to I Will Always Write Back on our car stereo.

We had just gotten to the part of the story where Martin, a boy in Zimbabwe, receives a care package from his pen pal, Caitlin, a girl in America. Her package includes a few pairs of shoes – a luxury Martin and his family have never experienced.

Growing up in a suburb in the United States, my daughters rarely have had the opportunity to see how the rest of the world lives. But as we listened to the story of Martin Ganda and Caitlin Alifirenka it became evident how the world was opening up to them.

Maybe one day our family will travel to see first-hand how other people live. But until that time, books, I’ve found, have been a great way to expose my girls to different cultures and ideas – in effect, to expand their worldview.

Shortly after reading I Will Always Write Back, we began seeking out other titles that illustrate the differences and uniqueness of children’s lives around the world.

Below are nine books that stood out as winners – ones that illustrate through photos and writing, a wide range of stories that highlight the differences and similarities between people and children around the world.

Beware though that in some cases the stories in these books are not always easy. Whenever possible I try to make a note of storylines or situations that could be disturbing to kids or may be too mature for young children.

9 Children’s Books that Illustrate the Diversity in Our World 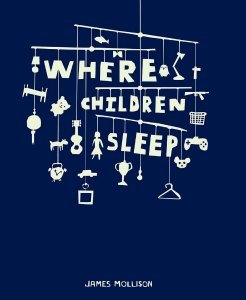 Few books illustrate how multicultural and diverse our world is than this one. Over one hundred children are showcased in this large-format book with a photo of each child’s bedroom next to their portrait and a caption about his or her life. There’s the four-year-old Romanian boy who sleeps on an open-air mattress outside of Rome, Italy with his family each night, worried that the police might find them. And four-year-old Jasmine, who lives in Kentucky, USA, and spends all her free time practicing for and participating in child pageants. And also Sherap, a ten-year-old who lives in a Tibetan monastery in Kathmandu, Nepal. In total, kids from thirteen different countries are shown in this fascinating book that highlights the sharp contrasts between not only wealth and poverty but also customs, religions, and culture. Parents should beware that the last story in the book is about a gang member living in Rio de Janerio, Brazil who is shown with his face covered, holding a gun. 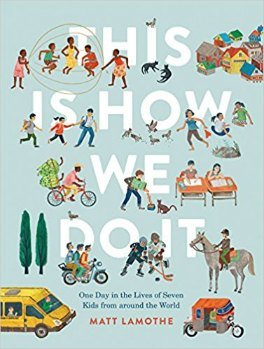 This is How We Do It

Full of colors and graphics, This is How We Do It, is a delightful children’s book that explores how kids around the world live. The book follows eight fictional children from the countries of the United States, Peru, Italy, Uganda, Russia, Iran, India, and Japan and highlights what type of dwelling they live in, their family structure, what they wear, what they eat, how they go to school, how they learn, and how they play, among other cultural differences. The book is written with younger children in mind but adolescents will also be interested in learning more about other people from around the world. 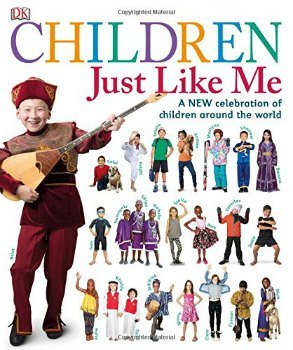 This wonderful book, written especially for children, takes a look at the multicultural diversity in our world by showing how specific children live. Forty-four children are featured from six continents. One to two pages are dedicated to each child with one photo of them and one of their family, a plate of traditional food from where they live, and how they enjoy spending their free time, among other things. The photos and descriptions in Children Just Like Me are very relatable and easy for kids to read and understand. Together the individual stories show how kids around the world are in some ways similar but also very different. 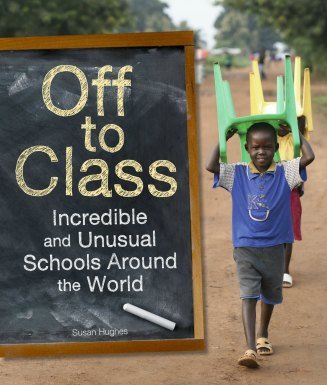 Off to Class: Incredible and Unusual Schools Around The World

In this colorful book full of great photography and stories, kids see how children around the world learn. There are the children in Bangladesh who attend school on a boat that travels village to village picking up kids and teaching them along the way. And also kids in Haiti who attend school in tents. The story of a school in a remote section of Iran that has only four students. And a Canadian girl whose family lives on the island of New Caledonia and takes classes online. 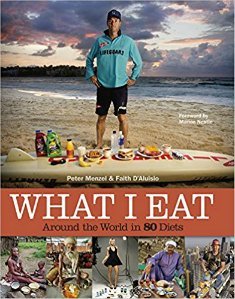 Also a large format photography book, What I Eat showcases the diets of eighty people from around the world and what they consume in a day. The idea is to show how people’s identity, culture, daily life, and the world they inhabit can be illustrated in the food they consume. The book is organized by calories – beginning with a Maasai herder who consumes 800 calories a day. Due to encroaching development and drought, the Maasai are not able to eat as much meat as they used to and so subsist on cornmeal porridge, milk, banana, and tea. At the other end of the spectrum is an American high-rise ironworker who consumes 6600 calories in a day, a Namibian truck driver who consumes 8400, and a British mom who consumes 12,300. While this book isn’t written specifically for kids, it’s a great way to present a different lens on the lives of people around the world. The writing is dense and young kids would most likely be overwhelmed by the text.

Although this book is dated (published in 1993) it is one of the best visual representations of how wealth and material possessions vary around the world. Families from thirty diverse countries are highlighted – each story beginning with a photograph of the family standing outside their home with all (or at least most) of their possessions alongside them. The contrasts can be stark such as the family in Mali who sits on the roof of their mud hut with a few tools and bowls and a family in Texas, United States who clearly lives a middle-class life with a TV, kitchen appliances, and a family dog. 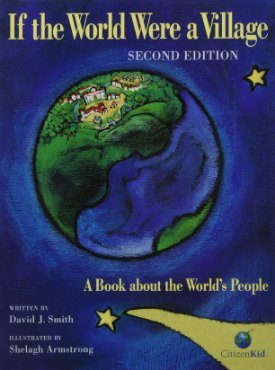 If the World Were a Village

This book asks – what if we were to imagine the whole world as a multicultural village of just one hundred people? Scaling billions of people down to this size provides perspective – for instance, twenty-two of the one hundred people would speak a Chinese dialect, twenty-four people would have no electricity, twenty earn less than a dollar a day, sixty are always hungry, and seventeen cannot read and write. 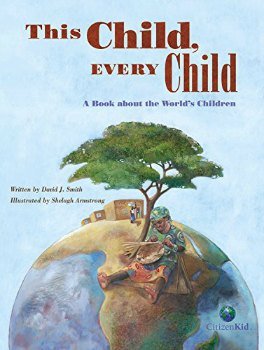 This Child, Every Child: a Book About the World’s Children

This book illustrates the diversity of children around the world by examining their families, homes, health, schooling, and play. The book also asks “Are boys and girls treated equally?” and looks at children’s rights, children in the future, and children who live in war-torn countries. 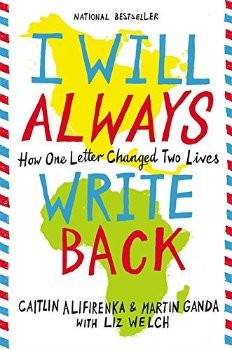 I Will Always Write Back: How One Letter Changed Two Lives

This is the story of how two adolescents – one from American and the other from Zimbabwe – came to be pen pals through a school project. While other students ended their correspondence after only a few exchanges, Caitlin and Martin continued writing for months and then years later. And through their letters and growing friendship, American Caitlin is able to help Zimbabwean Martin through an extremely uncertain and difficult time in his life. Since the story rotates between Caitlin’s comfortable suburban American life and Martin’s very basic living standards in Zimbabwe, readers are exposed to the stark contrasts between these two ways of life. Parents should be aware that when Caitlin enters the teen years she begins drinking, at one point gets into the car of a man she doesn’t know and has a boyfriend who does drugs. 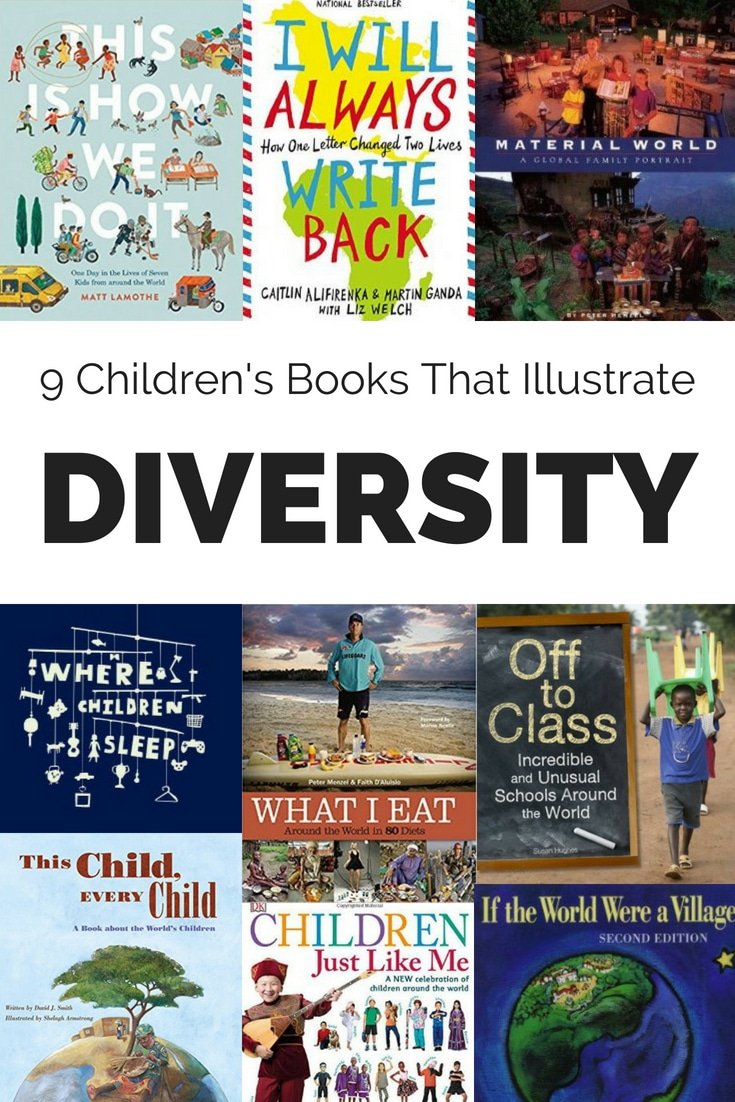