You are here: Home / Raising Kids / Get Your Kids to Listen to You + Strengthen Your Bond With Them at the Same Time.
2041shares 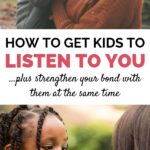 Learn how to talk so kids will listen while also maintaining a strong bond with them. 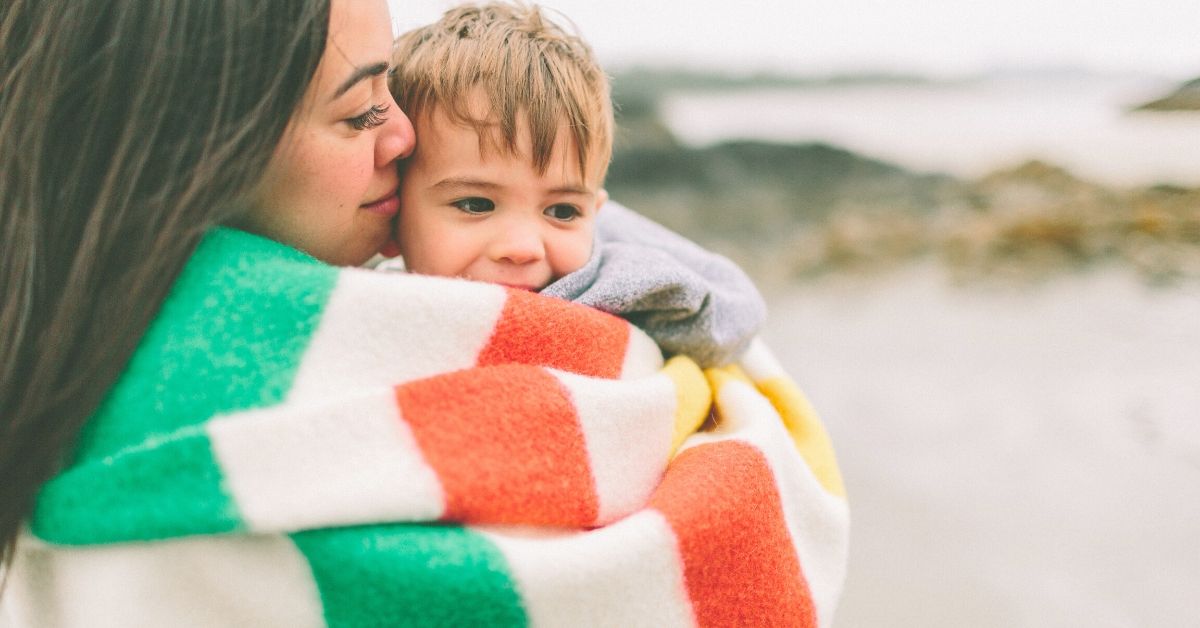 “That’s not fair!” my youngest daughter shouted. Fists clenched, eyes glared, and smoke practically billowing from her ears as she accused her sister.

“She’s had four of those chocolate cookies and I’ve only had three!”

Here we go again, I thought – attune to the sound of sibling rivalry.

I tried to reason with her:

“Don’t you remember, you had your fourth cookie after dinner yesterday while your sister was at basketball practice?”

She pounded her feet on the floor and her face turned a shade of red just before yelling, “That’s not true!”

The battle line was drawn and tension rising.

“Please calm down.” I said as I continued my line of reasoning.

“No!” she screamed and made a face at me.

My back tensed at the rude gesture while a wave of hopelessness came over me.

It was no use.

Nothing I said seemed to change her mind – she wasn’t backing down.

And that’s when I realized I was going about this all wrong.

When I was a new mother I was desperate to get my kids to listen to me while also maintaining a strong bond and open communication with them. Was that even possible?

As I watched my tiny infants emerge into speaking toddlers, all of a sudden they were voicing opinions. Following on its heels was the dreaded temper tantrum that inevitably erupted when things didn’t go their way.

Suddenly, I found myself feeling the need to keep my kids in line, let them know the right way to behave, and who was in charge.

I was worn out and increasingly felt that not only were my discipline methods ineffective but that the bond between us was growing thin.

Then one evening I slumped on the sofa and was on the verge of tears when a book caught my eye. I had forgotten about this one: How to Talk So Kids Will Listen & Listen So Kids Will Talk.

I devoured that book in just a few hours. The insights were simple and made so much sense.

Instead of simply lecturing and telling kids how to behave, the authors emphasize that parents will be more successful if they help kids understand their feelings through active empathetic listening.

That sounds great and everything but…

How do you listen to a kid who’s screaming and yelling because you said you wouldn’t buy him a matchbox car in Target?

And really? I’m just supposed to acknowledge their feels when my daughter blatantly disobeys me by running away when I told her we need to leave the playground?

It goes against every fiber of our instinct not to yell, be firm or to present our kids with consequences for their bad behavior. But empathizing with kids has the magical effect of making kids feel safe, trusted, and understood which ultimately leads to – open communication and cooperation – the end goals we’re after.

But there’s a catch. Simply listening to your kids won’t get you the results you’re after.

Holding back our own emotions when kids speak out can feel like a betrayal of what we want to be – strong parents who are in charge.

And trust me, there WILL be times when you’ll find yourself not able to hold back.

But trying to incorporate even a few active listening techniques and acknowledging kids’ feelings will begin to lessen some of the all-out wars that can erupt if we’re not careful.

We’ve all been kids before. We know what it feels like – our feelings are intense and often confusing, the world is strange and doesn’t make sense, and what we want more than anything is to feel accepted and know that we’re on the right track.

Having an adult – and especially a parent – who sends a message of empathy and understanding adds to the security kids yearn for.  Which not only reduces the frequency and intensity of confrontations but strengthens our relationship with our kids. 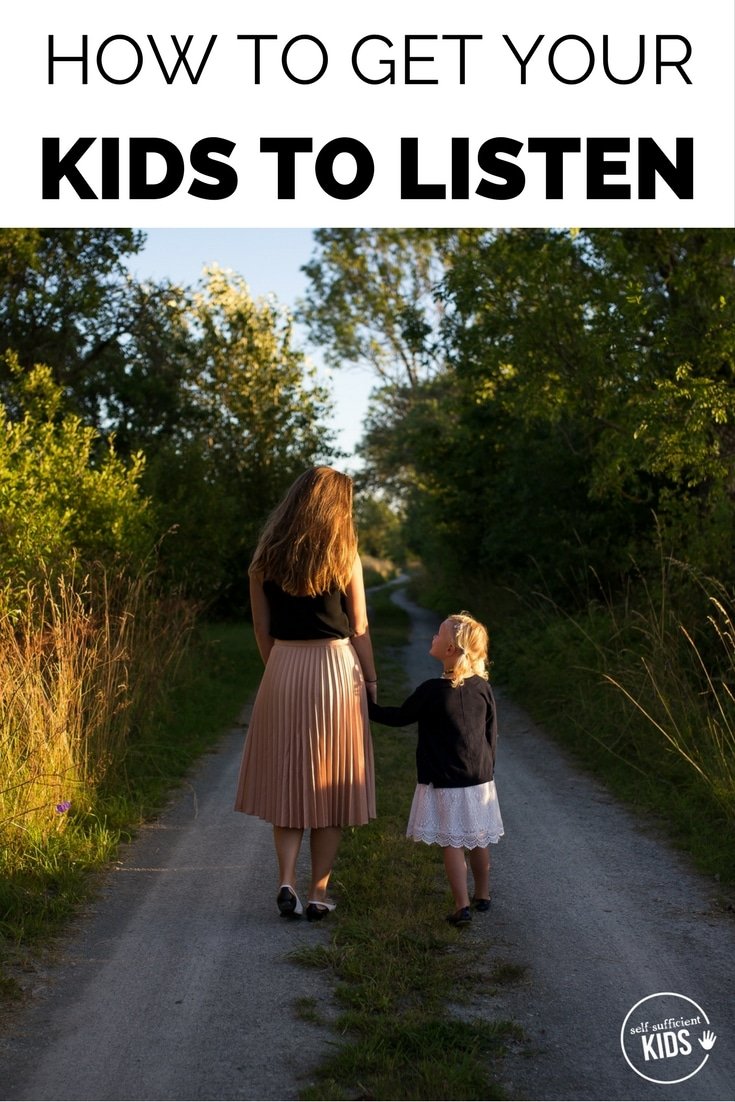 What happened next was golden

In her embattled state, I picked up my daughter, carried her to the stairs away from her sister and sat down next to her. Looking her in the eyes I asked: “You’re pretty mad, huh?”

Out rushed all the emotions she was feeling. Her sister always gets more than her and she honest-to-goodness didn’t have four cookies. As she spoke, I kept my mouth shut, shook my head and acknowledged that she was pretty darn angry.

At that intense moment, I didn’t mention the yelling, the way she almost hit her sister or the rudeness of her tone. I just acknowledged what she was feeling.

What happened next was magical.

My daughter began to calm down. The anger over the cookie simply went away. She gave me a hug and said, “Sorry, Mom.” and walked back into the kitchen with her sister.

Later, when the dust settled, I discussed the yelling, almost hitting and rude tone of voice.

“Would you like it if I spoke to you that way?” I asked.

“It’s OK, to have strong feelings,” I said. “But it’s not OK to pretend to hit your sister or speak to me in a rude tone.”

This wasn’t the first or last confrontation that’s happened in our house. And helping our kids understand the respectful way to express their emotions is most certainly a work in progress (as is my consistent use of empathetic listening!).

But as with all of parenting, we aim high and ultimately end up somewhere in the middle – hoping for greatness but in reality just doing the best we can.

>>>To read more about the ideas in this post, you must, must, must read the book How to Talk so Kids Will Listen, Listen so That Kids Will Talk. I love this book so much I give it out as a present at every baby shower I attend.<<<

You can get your copy by clicking on the image below: 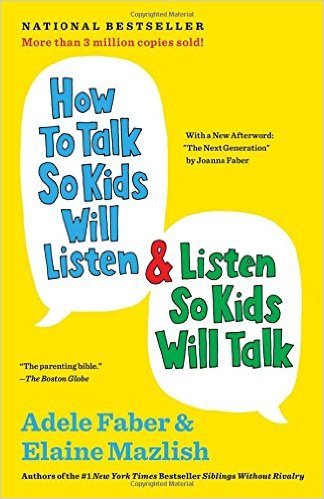 How to Get Kids to Stand Up For Themselves 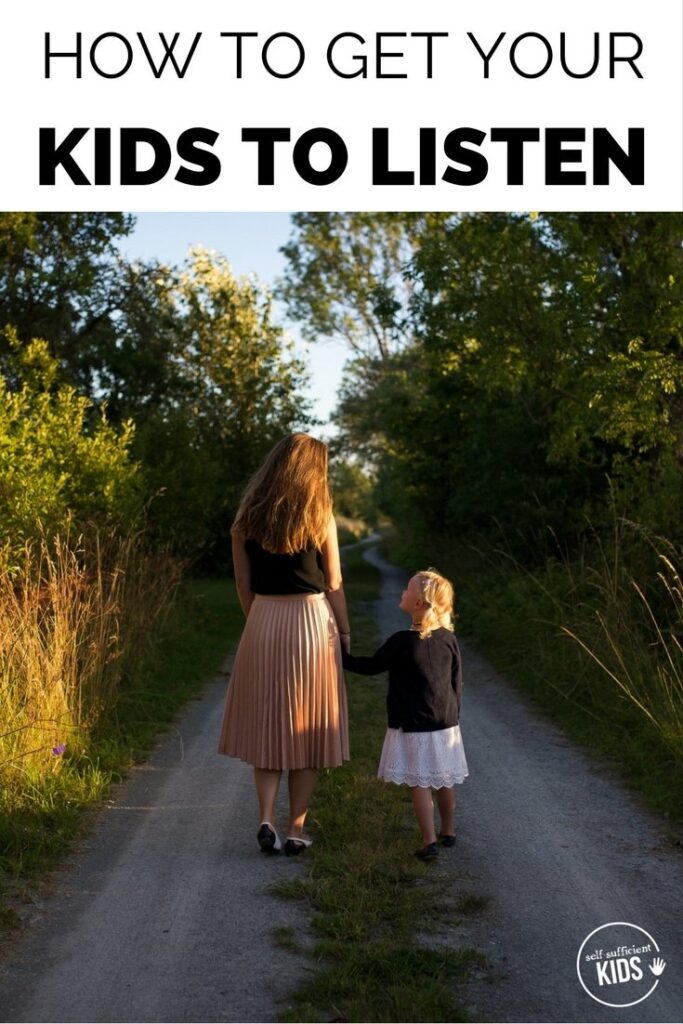