10 of the Best Educational Documentaries for Kids 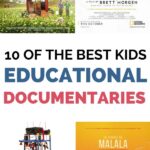 A look at ten of the best documentaries for kids that teach kids about science, history, world cultures, economics, and inequality.

There comes a time in every parent’s journey when plopping kids in front of a screen is unavoidable.

Maybe there’s an urgent work project due or we simply have a dire need for a mental health break.

And, yes, we know that experts tell us too much screen time isn’t great for kids.

When these moments of desperation come, instead of having kids watch hours of mindless YouTube channels or fluffy kids shows, why not instead make screen time educational?

Some of the best documentaries for kids teach incredible lessons. Their visual impact can transport children to countries they may never visit or experience a life that’s different from their own or teach lessons about the intricacies of the animal kingdom.

I’ve recently come across a number of documentaries that are not only educational but also engaging.

Interested in getting your kids started on chores? My four-lesson course will teach you how to get started, avoid nagging & power struggles, and keep your kids motivated. Click here or the image below to learn more.

The Best Educational Documentaries for Kids

The following are some of the best current documentaries for kids I’ve come across.

Even if your child doesn’t have an interest in outer space, they’ll likely still  find this documentary fascinating. Apollo 11 provides crystal clear footage of the first time a man walked on the moon. The film takes us through the astronauts’ preparation for their mission, entering the shuttle and then the shuttle’s take off. From there we see what it must feel like to travel around the globe, head off into outer space, and walk the moon’s surface. History really comes alive in this extraordinary film that children of any age, but especially older kids, are likely to enjoy.

March of the Penguins

This delightful and intriguing film about the life of penguins is one that kids of all ages – including adults – will enjoy. The footage follows penguins as they make their annual trek from the Antarctic shore in Antarctica. Beware that a few scenes could be disturbing for kids. For example, some penguins die during the journey, and others freeze while they try to protect pregnant females and later their eggs and babies. Other penguins are killed by predators. But all in all, this film is a fun and a wonderful exploration of these interesting birds.

If you’ve ever watched a Ken Burn’s documentary you know how compelling they are. With each of his thirty films, Burns pulls the viewer into a topic and lets them see and understand an aspect of history in a way no one else can. Although any of Burns’ films would be educational for children, some, like those about war, are too graphic for most young viewers. The most tame of his films, and one that children will likely enjoy, is his extremely popular The National Parks. This six-part series shows how Americans from all walks of life – rich, poor, famous and unknown, soldiers and scientists, natives and newcomers, artists and entrepreneurs – worked together to protect some of the United States’ most spectacular landscapes for generations to come. Click here to see a full list of Ken Burns films.

Most adults have heard of Jane Goodall – a researcher of chimpanzees and advocate for the protection of the environment. But most of us have no idea how she got her start, pursued her research and what exactly she learned along the way. This documentary shows how Jane, who had no formal scientific education, spent years in the Tanzania jungle to conduct her research. Parents should know that there are scenes in the film that could be disturbing to kids such as raw footage of predators attacking and killing prey and chimpanzees killing each other. There is also a brief scene of chimps mating.

The Biggest Little Farm follows a couple as they idealistically start and maintain an organic, biodynamic farm just north of Los Angelos. In a short time after beginning their farm, the couple faces the up and down realities of farming and animal husbandry. Some potentially disturbing scenes for kids include: dead animals, the danger of wildfire, a farmer loading a gun to chase a coyote, the death of the family dog, and a human friend’s death from cancer is discussed.

Paper Clips is a great way to introduce kids to the Holocaust and the importance of tolerance and diversity. The film follows kids in the small rural town of Whitwell, Tennessee as they try to collect six million paper clips to represent the six million Jews killed in the Holocaust. While the Holocaust is mentioned and described, there are few disturbing or graphic details about the event, making it suitable for most ages.

On the Way to School

On the Way to School provides viewers insight into our diverse world through a subject most kids can relate to – traveling to and from school. The film shows four kids from Kenya, Argentina, Morocco, and India on their long and often arduous trips to school. One rides a horse with his sister while another encounters wild animals. This film will expand kids’ horizons as they learn that not all children travel by bus, car or public transit to get to school. It also showcases children who are eager to grow in their education and who will go to great lengths to learn.

Living on One Dollar

Living on One Dollar provides viewers with insight into the living conditions of nearly 700 million people worldwide. The film is set in Guatemala and features four American college students as they attempt to survive on just one dollar a day. Throughout the film, the students encounter hunger, parasites, and severe financial burdens – exposing the challenges of living in extreme poverty. While the film is eye-opening to all viewers, some aspects of trying to survive extreme poverty could be disturbing to young viewers.

Underwater Dreams is the story of a robotics team from Phoenix’s Carl Hayden high school, which has a large population of low-income undocumented Mexican immigrants. In 2004, the team entered an underwater robotics competition which put them up against the likes of M.I.T. and other prestigious schools. The Carl Hayden high school outperformed everyone’s expectations and inspired future generations of students at the school to pursue engineering. In additon to the competition, the movie also focuses on immigration reform and what alum from the high school are doing to address it. Beware that there are few times when expletives are used and even though they’re silenced, it’s still obvious which word was said.

He Named Me Malala

He Named Me Malala is the follow-up film to the best-selling book, Malala. It showcases young Pakistani Malala Yousafzai, who won a Nobel Peace Prize for her human rights activism. Malala’s activism began shortly after she was shot by the Taliban for speaking out about girls’ right to go to school. The film is very forthcoming about the shooting and the political situation in Pakistan that lead up to the assassination attempt. Fortunately, there is no graphic imagery of the event although bloody images are shown of the vehicle Malala was riding in. There are also surgery-prep scenes and news footage about how almost everyone expected Malala to die. This film is intense, making it not suitable for young viewers but the messages of bravery, courage, and the importance of education will resonate with older tweens and teens.

65 Indoor Activities for Kids to Do on a Rainy Day 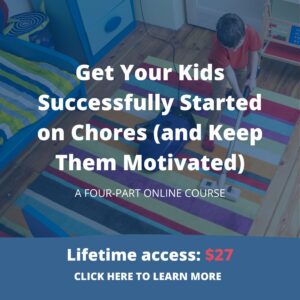