Is your child having difficulty memorizing multiplication math facts? This method will work! 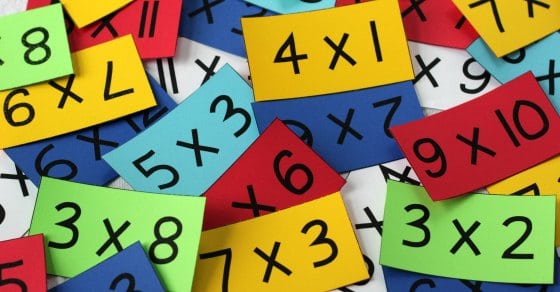 First, there were the flashcards.

Sometimes he’d remember the answers but the next day most of them would be forgotten.

“Maybe movement is what he needs,” you think – “maybe this rote memorization is just too boring.”

So on a warm summer day, you write a few numbers on your driveway with chalk. “This will do it!”, you think as your child happily jumps from 49 to 35.

And while he’s had fun jumping around as you shout out equations – the next day you’re back to square one.

“Why is nothing working?” You think and try to come up with yet another trick to get your child to remember these important facts.

Your child WILL retain multiplication facts with this method

Does the above description sound familiar?

For some children rote memorization of math facts and even games simply aren’t enough – they need more to retain facts.

Using flash cards and games with these kids will help them review the facts, but to get them to retain math facts, something extra is needed.

Often these kids are visual learners. But they need something more than just a simple equation held up in front of them to remember the answer. 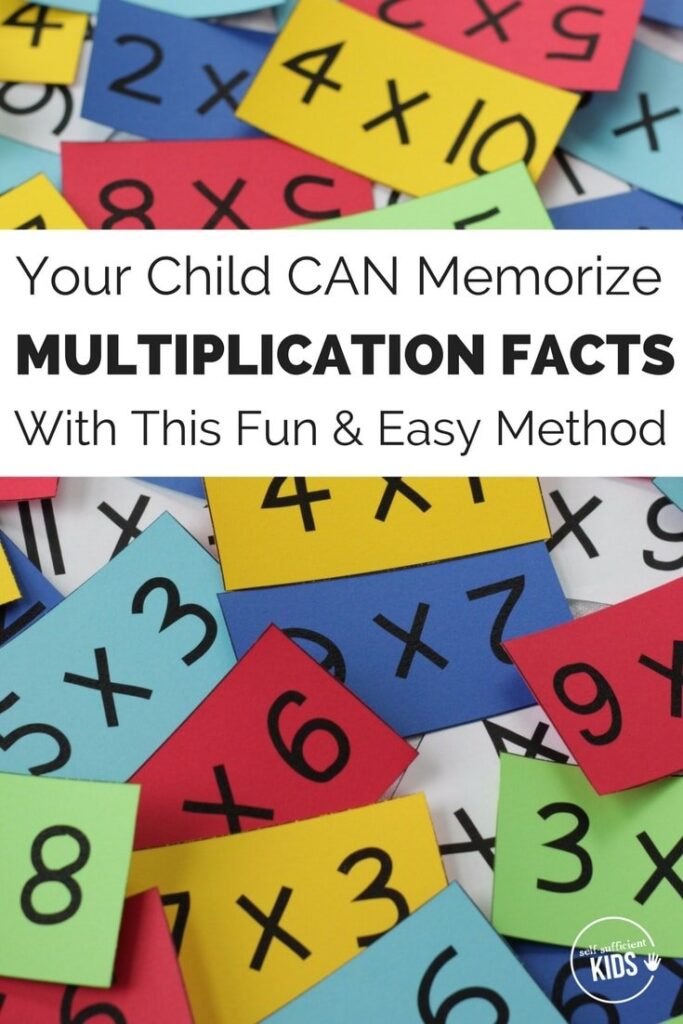 So here’s the secret to getting struggling kids to RETAIN multiplication facts.

Times Tales is a video that turns some of the most challenging equations to memorize into stories that not only kids will enjoy, but will help them remember facts.

Here’s how it works: 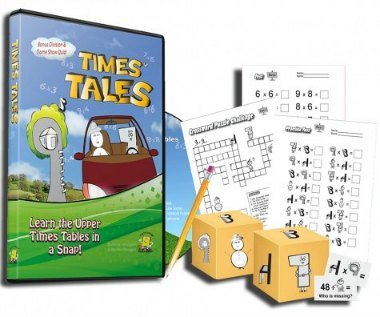 Learn and story and then retain a math fact.

You’ll be amazed at how quickly your once-struggling student will remember the stories and therefore the math facts!

After your child has seen the video, memorized the stories and facts, it’s still good to keep reviewing those facts – after all, a quick recall of math facts such as addition, subtraction, and multiplication, will make higher-level math that much easier for your child.

In addition to having your child recall the stories with flash cards, games can also be a fun way to review math facts.

Here are a few of our family’s favorite math facts games: 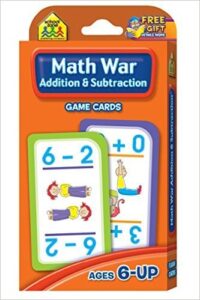 : The most popular math game in our house is also the simplest and most well-known. It’s played just like the game War with regular playing cards except in this version the players have to add or subtract to figure out which player has the highest number. I’m not kidding when I say my kids will beg to continue playing this game. I also have them do all the math – so they have to add or subtract my cards as well. 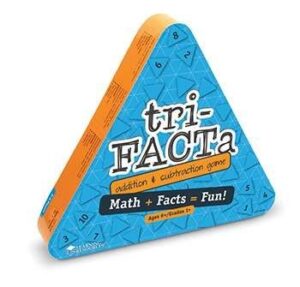 In tri-FACTa , an equation is formed from three numbers, say 2 + 3 = 5 and placed in a triangle configuration. As each player takes a turn they try to use two cards from their deck to form a new equation, such as 2 + 2 = 4. The idea is to try to challenge players to think through the relationship between the numbers of an equation and how that same equation can also be represented as 4 – 2 = 2. (Click here to see the multiplication and division version of tri-FACT-a). 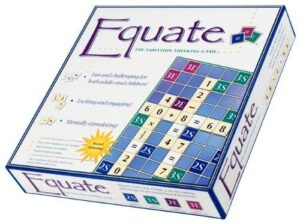 as the math version of Scrabble. Players need to build a new equation off of one a previous player built. So if one player puts down 2 + 3 = 5, the next player can use the 5 to build the equation 5 – 4 = 1 if they have “4”, “-“, and “1” in their possession. Like Scrabble, points get doubled or tripled if a player is able to place a tile on a certain square.