Whether your child is new to math, reluctant about math or absolutely loves math, these math books for kids are for you!

We teach our kids to count and do basic addition and subtraction and separately teach kids to read.

But put the two together – math and books – and you have a magical formula that can increase kids’ knowledge of numbers while at the same time promoting literacy skills.

Here’s what makes math books for kids so wonderful:

The math books for kids listed below are mainly for younger children but a few are appropriate for older elementary students. Since each has a different focus, at the bottom of each book description is list the math concept highlighted in the story.

You’ll also find that while some books integrate math into stories, others provide riddles and games to make math come to life and pique kids’ interest in mathematical concepts.

Have fun getting cozy with your kids and going through a few of these fun math books for kids.

On an island in the sea, lives a monkey who has nothing else to eat but lemons. Across the sea she spots a banana tree – the only problem is the water is infested with crocodiles. The monkey wonders just how many crocodiles there are and begins counting them.  Featured math concept: counting up to ten

The Grapes of Math

This book contains a series of counting rhymes accompanied by pictures – each of these math puzzles challenges kids to find patterns that will help them visualize numbers and count faster than if they were to count each individual item. Featured math concept: counting

Numbers are introduced to kids in this book through a series of sing-song tales. Illustrations correspond to the stories and numbers in each fable. Featured math concept: counting up to ten

Ten Apples Up On Top!

Three animal friends balance apples on their heads while counting them. Soon, the friends learn they can do different things while balancing apples. But watch out! Someone is coming along to try and knock down the apples. Featured math concept: counting up to ten

Sir Cumference and All the King’s Tens

Lady Di and her husband, Sir Cumference, decide to throw a surprise birthday party for the king who’s appeared a bit gloomy lately. They invite people from the entire countryside but are surprised by how many show up – it is more than can fit in their castle. The couple tries a few different strategies to count exactly how many people have shown up until they discover placing them in groups of ten and then combining those groups into tens helps. Soon they are able to erect tents for everyone and surprise the king. Featured math concept: Number groupings and place value

Sir Cumference and the First Round Table

The king needs to meet with his knights but their rectangle table is a problem – some men need to yell to be heard by the king. Sir Cumference tries many different solutions – each with it’s own unique shape and design – until his wife, Lady Di realizes that a round table will work best. Featured math concepts: geometry

Fractals, Googols, and Other Mathematical Tales

This book takes math concepts  – such as real numbers, exponents, dimensions and the golden rectangle – and explains them through a variety of stories geared especially for kids. Featured math concept: Each tale features a different concept

This book visually explains fractions to kids in language and descriptions they’ll understand and relate to – such as dividing a pizza. It also suggests activities to further kids’ understanding. Featured math concept: fractions

Spaghetti and Meatballs for All!

This story, of a boy who lives in ancient Greece, fictionalizes how Pythagoras came to find his theorem of right angles. Several examples are used to help kids visualize what is a right angle and how the theorem works to solve any right angle equation. Featured math concept: geometry and algebra

Marty loves math – even before starting kindergarten he counted everything and felt no problem was too difficult. Until he starts third grade and realizes that being good at math won’t keep him from being the last kid picked in gym class. This book is perfect for newly independent readers who are more interested in math than books. Featured math concept: a few addition and multiplication problems

One morning Ethan woke up with a cat on his head. This wasn’t improbable – Ethan’s cat usually sleeps by his head – but this morning at talking cat named Odds was not only on his head but wouldn’t get off! Ethan tries everything he can to get Odds off of his head, but Odds tells Ethan he must first win a game. The story continues with the two going through a series of probability games. Featured math concepts: probability and chance

This is an in-depth look at all things numbers – How did counting begin?, How did different civilizations use numbers?. The book also looks at various numerical concepts such as infinity and prime numbers, shapes, and how math fits into our world – to name a few.  Featured math concepts: numbers

The follow-up book to Go Figure!, Why Pi? contains a series of historical accounts of how people discovered the principles behind measurement. It takes the reader from ancient times up to present day to help bring greater understanding to how certain concepts and theorems came about. Featured math concepts: measurements

Mrs. Fibonacci tells her math class “You can think of almost everything as a math problem.” And for the main character in the story – this starts to become true! He wakes up late and tries to determine how much time he has to make the bus. He takes out milk for his cereal and wonders – how many quarts are in a gallon? This book illustrates in a fun and natural way that numbers and math are everywhere and something we encounter every day.

Wilson Williams finds math difficult and can’t stand Mrs. Porter’s timed multiplication tests. His parents try to help, but Wilson isn’t always grateful. Fortunately, he finds comfort in his friend Josh and the class hamster Squiggles. Wilson struggles on in his quest to do well on the timed tests – and rescue comes from an unexpected source. A helpful book for newly independent readers who don’t find math easy. 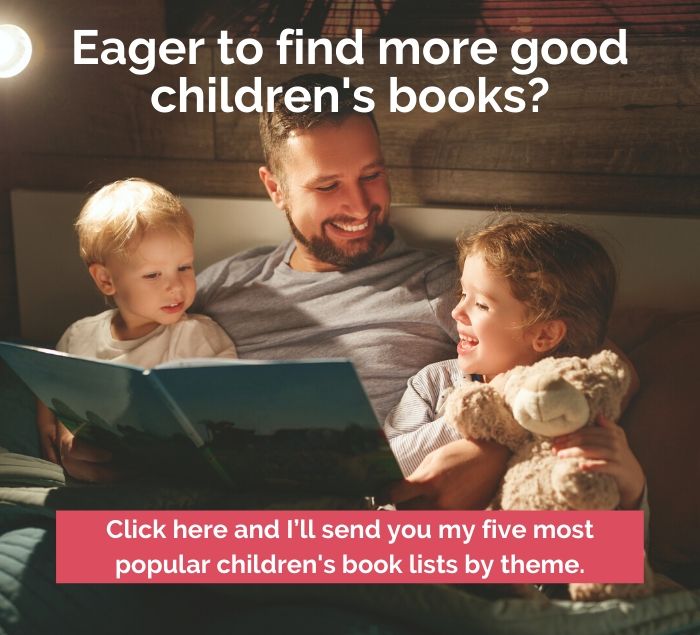