Kids learn from their parents the value of charitable giving and donating money. Teach charity with these seven tips. 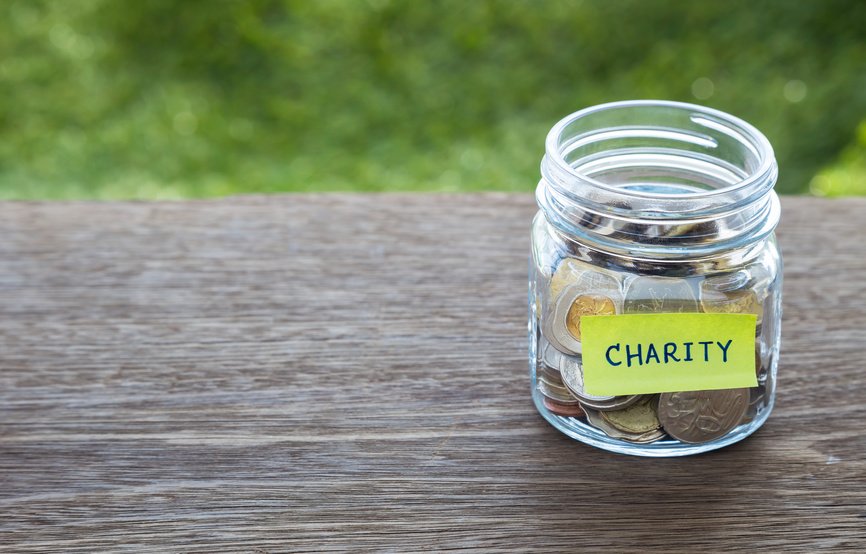 “Let me get this straight: I have to give money – money that lets me buy Cray-pas, Beenie-Boos, and cheap trinkets – to someone else? Huh?”

The words didn’t come out of her mouth, but my then 5-year-old’s puzzled face spoke for her when I explained that part of her weekly allowance would go to charity.

And who can blame her really? Without understanding the needs of others why would anyone give their money away?

Talk the Talk, then Walk the Walk

Like most parents, I assumed one crucial way to teach my girls about being generous was to role-model charitable giving. If they see me give, they’ll want to give themselves.

But recently I discovered that while role-modeling does have its benefits, it’s not the most effective way to teach kids about charitable giving.

According to a study conducted by Indiana University, parents who talk to their children about charitable giving significantly increase the likelihood their children will give to charity, more so than role-modeling alone.

But what exactly does it mean to talk to kids about charitable giving?

According to the study:

Parents who want to raise charitable children should talk intentionally with them about their own philanthropic values and practices throughout childhood and adolescence in addition to role-modeling.”

Huh. Looks like I have more talking to do… 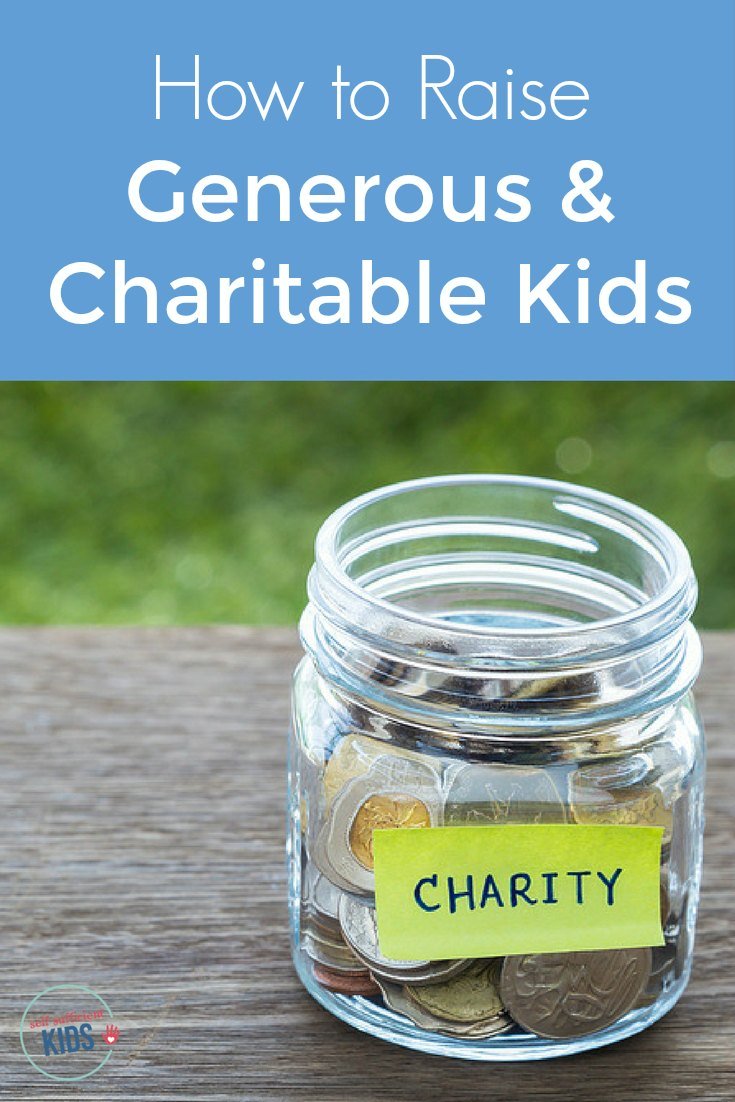 But talking to kids about money and being charitable ourselves isn’t the only way kids can learn about charitable giving.

I’m a strong believer in learning by doing and as I mentioned before, a part of our girls’ weekly allowance ends up in a Give jar – money set aside for the purpose of donating it.

And while the Give jar can be baffling at first – especially for very little kids – after a few explanations of the benefits of charitable giving, kids begin to get it and setting aside money to give to others becomes commonplace.

Once enough cash has accumulated in the jar – for us it’s about $20 – I then let the girls decide where they want to donate their money.

First Me, Then You

The first donation my younger daughter made was to The Fresh Air Fund because we hosted a FAF child last summer and my daughter became fast friends with her. And my oldest’s first donation was to the Animal Rescue League of Boston since we adopted a cat from there last spring.

See a theme? My girls’ donations have mainly been to organizations that benefit them.

“, after a few years of giving to organizations near-and-dear, consider introducing a new challenge to older kids – have your kids give money to people or organizations that help other people they don’t know directly.

Related: 8 Charities That Will Inspire Your Kids to Give

This not only exposes kids to a variety of non-profit organizations trying to accomplish good but also fosters a sense of empathy in kids that hopefully grows over their adolescence and adulthood.

Trying to make the concept of giving to others as tangible as possible to children will carry the lesson of charitable giving even further.

There are a few ways parents can accomplish this:

A Long Journey to Encourage Kids to Donate Money

The benefits of giving money away to others aren’t something kids are going to grasp tomorrow. The journey of raising empathetic kids happens in small steps and over time.

Even though she willingly hands over her collected Give jar money, my youngest still doesn’t entirely understand why she gives her allowance away and what actually happens to it when it “disappears”. But with most lessons, introducing the concept of charitable giving at a young age and enforcing it through adolescence with increasing responsibility can help carry our kids into adulthood with a strong understanding that helping others is the right thing to do.